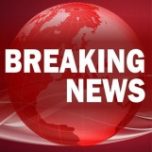 Breaking News from reporters and editors on the CNN Digital News Team CNN is an American basic cable and satellite television news channel owned by the Turner Broadcasting System, a division of Time Warner. CNN was founded in 1980 by American media proprietor Ted Turner as a 24-hour cable news channel. Upon its launch, CNN was the first television channel to provide 24-hour news coverage, and was the first all-news television channel in the United States

Instagram photos from Yandex people. Check out our telegram channel https://telegram.me/yabudni for more info about Yandex: articles, blog updates, quotes and other

(255)
Add to
This site uses cookies to store data. By continuing to use the site, you are giving your consent to work with these files.